My baby is bringing up milk!

My baby is bringing up milk after every feed – Transcript

It’s really quite common for many babies to bring up some milk at the end of some feeds. But many babies bring up a lot more than that and maybe every other feed or maybe every feed itself you’ll find that your baby is bringing up some milk. Now if this is happening to you it can be a little bit disconcerting but the truth is that if your baby is generally okay in himself and not unduly uncomfortable with this situation then it’s very likely to be a normal kind of reflux.

And I think it’s important to know that your baby’s digestive system is really quite immature for a good six months so it’s very easy for milk to backtrack up from the stomach up the oesophagus (which is the tube that connects the stomach with your baby’s mouth). So it is quite normal for this reflux to happen. 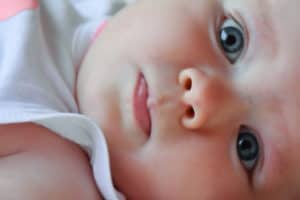 But some babies are bringing up milk for other reasons. If for example you have a fast letdown of milk, when your baby does those initial fast sucks to call the milk down (how breastfeeding works) the milk will then come shooting down a whole load of ducts and sometimes that flow is very fast. So if that is the situation that you’re finding yourself in, your baby will be suddenly faced with this fast flowing amount of milk and will start coughing and spluttering and sucking in air at the same time. Now when babies suck in air they often bring up milk because of that.

So if you feel that you do have a fast flow please look at the video related to that topic.

It’s also possible that your baby is bringing up the milk because your breasts are getting engorged or maybe that your baby is just an aggressive feeder you could say, and causing this problem himself. It’s also possible, although certainly more uncommon for a baby to have a milk intolerance and this is actually an intolerance to cow’s milk protein, and that means that through dairy products coming into your diet your baby could be displaying some reaction to that.

So with all of these things there are related videos that you can have a look at and see what rings true for yourself.

So if after you’ve considered these possibilities you still feel that you haven’t yet identified why your baby’s bringing up this milk and you feel that the symptoms are getting worse, it could be that your baby has what is called GERD which is Gastro Oesophageal Reflux Disease. I know this does sound rather daunting but it simply means that the contents of your baby’s stomach, the milk that is in there will backtrack up into the oesophagus and cause some irritation to the lining of the oesophagus. But I’d like to encourage you that even if your baby is diagnosed with GERD, It isn’t a permanent condition and over the weeks and months the symptoms nearly always improve.

So what kind of symptoms would you expect with GERD. Now it’s very likely that you will have seen from the third or the fourth week after birth your baby displaying increasingly upset symptoms, and it’s likely that he could be gagging and coughing, spluttering, burping very uncomfortable, maybe some intense crying as well and not just at that fussy period of the day that we call cluster nursing (normal patterns) where a lot of babies display these kinds of symptoms. This would be a far more an ongoing situation.

You’re also very likely to find that you’re unable to place your baby on his back without milk coming up, and some of these babies will, even after half an hour or an hour after feeding will suddenly bring back milk and you might find that you were tempted to raise your baby’s mattress just a little bit and always keep your baby in an upright position to avoid bringing up milk.

Bear in mind that it’s also possible that your baby might have what is called silent reflux. In this situation, you wouldn’t expect to see milk coming up, but the milk is still backtracking, up the oesophagus, maybe coming up to the mouth area, and this is still going to cause your baby a lot of uncomfortable symptoms. 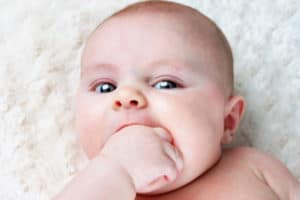 It’s really important in this situation that you get your baby checked out by a doctor to get a proper diagnosis.

There’s certainly something called pyloric stenosis where you would expect your baby to have real projectile vomiting. This usually occurs in newborns between three to five weeks. We are talking here however about a very forceful amount of milk coming out at least once a day in your newborn, and a doctor does need to make a diagnosis there because pyloric stenosis is a very serious condition and it does actually require surgery.

So apart from pyloric stenosis if your doctor is suspecting GERD then he’s likely to either start your baby on a course of medication to settle those symptoms, and see if that helps, or sometimes some doctors will suggest some further tests as well.

Because we know that babies often feel so much more comfortable when they’re upright, it’s a really good idea to look at feeding your baby in upright positions too, and I would suggest that you have a good look at the video relating to comfortable feeding and upright biological positions because if your baby’s head is higher than the rest of his body this can really be of help to him.

And your baby is really likely to benefit from short frequent feeds because you can imagine that breastmilk is very digestible, it’ll go through his system very, very fast. And of course those frequent feeds mean that milk isn’t going to be sitting around in the stomach for too long and then able to backtrack, and even if it does backtrack up the oesophagus, it’s less irritating than formula would be.

So watch out for your baby’s feeding cues. And really, it’s working out what things work best to ease your baby symptoms – and please bear in mind that not all babies will lose weight in this situation. Many will happily follow their growth charts according to their normal centiles, absolutely fine. Some will lose weight however and the doctor will monitor the situation but also please note that the medications that doctors start babies on can sometimes take two to four weeks to really have good effect.

And please be assured that if your baby has been diagnosed with GERD then over the weeks and the months with the medication and also as you start to introduce solids around the six month mark, you will generally see a real improvement starting – but do remember to seek out skilled support with a health profession who understands about GERD and also seek out help from your family members as well who can really support you during this time.

I’m producing too much milk 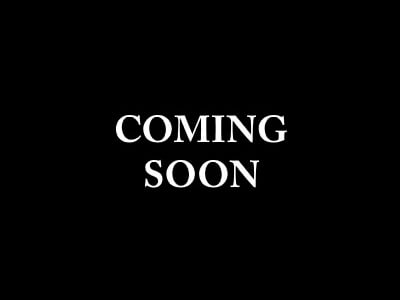